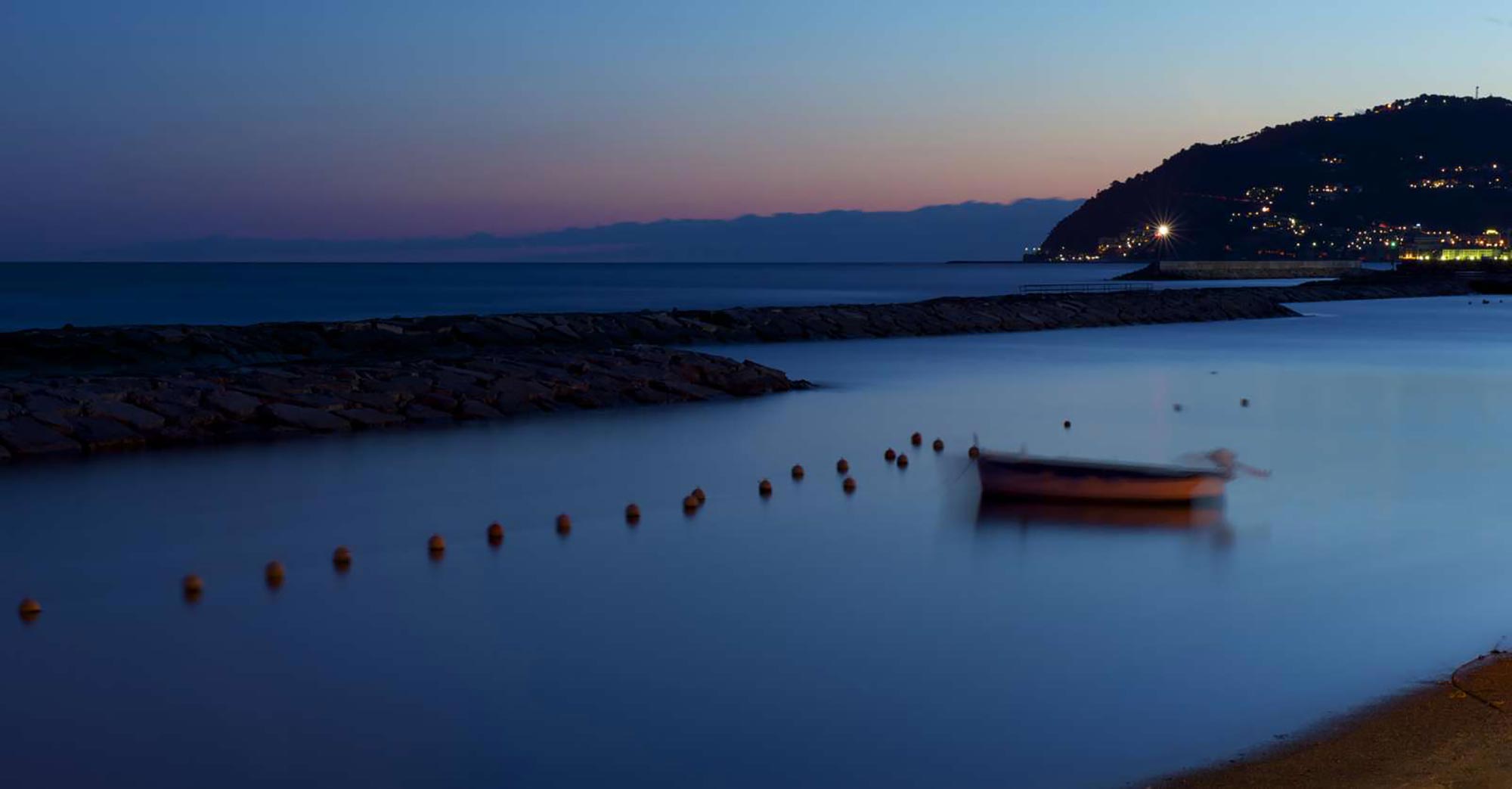 Diano San Pietro lies 3 km from the sea in the hinterland of Diano Marina, along the river San Pietro where it meets the stream of Besta or Cassaluvo, in a particularly suitable area for cultivating the Taggiasca olive or producing the famous Vermentino wine. Diano San Pietro is made up of several inhabited hamlets which still maintain the characteristics of West Liguria rural villages, with rustic and simple buildings on the sunniest hillsides: Diano Borganzo, Diano Roncagli, Camporondo, Moltedo, Gionetti, Ughi, Colla.
Beyond Dian San Pietro, the road meanders through olive trees up to Borello, to then carry on with hairpin bends towards Evigno, the highest-located town. Just like all the villages of the Diano area, it belonged to the fief of the Clavesana family who ceded it to Genoa and it subsequently became part of the Communitas Diani. The parish church of San Pietro has a façade which was restored during the Baroque period and finished in 1772, but certainly has more ancient origins as it was the mother church and baptismal church, a supremacy it lost during the XIII century in favour of the church of Diano Castello.
Apparently it was built over the ruins of Roman temple dedicated to the goddess Diana.
The most ancient part is the V century baptistery, whilst the Romanesque-Provencal bell tower dates back to the XII century. The walled-in courtyard and a marble pulpit from the XVI century are very interesting.

The parish church of Borganzo houses a polyptych by Antonio Brea dating to 1518, whilst travelling along the road to Roncagli you come across an oratory with a curious facade and many mills powered by the water from the San Pietro river. The Roncagli bridge should not be missed.

Diano San Pietro is very suitable for anyone aiming for a relaxing holiday, with beaches to hand (a quarter of an hour by bike), whilst still being away from the coast.