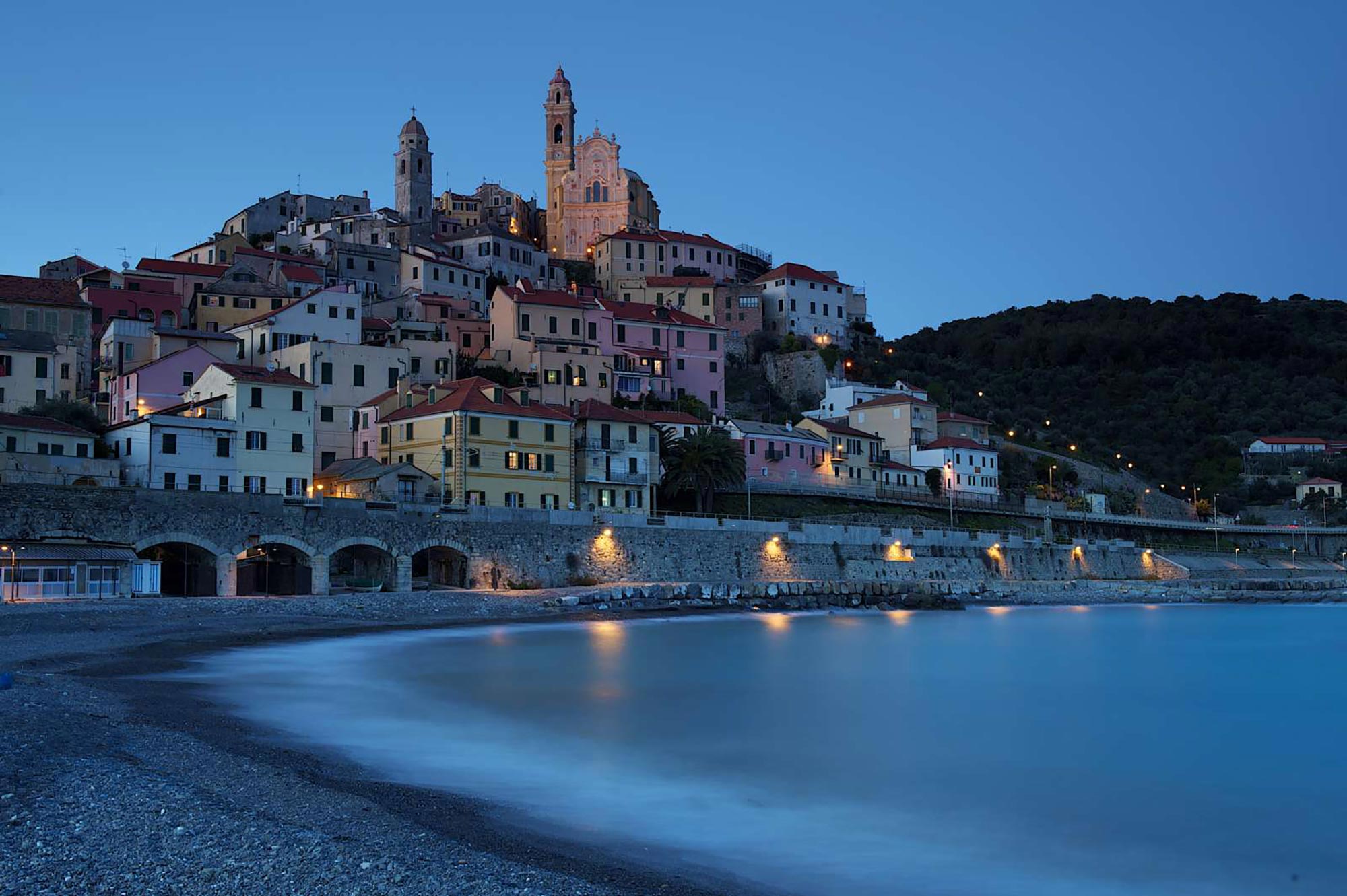 Villa Faraldi is an agricultural centre in the upper Steria valley, at 350 m. asl; the hamlet of Riva Faraldi is lower down, along the road going up the valley.
A part of the fief of the Marquises of Clavesana, the territory passed to Genoa during the XIII century. It was an independent municipality until 1923 when it was allocated to Diano Marina for two years and subsequently to Cervo until 1947 when it became independent once again.

The town still has very interesting and charming medieval architectural structures.
The Parish of San Lorenzo at Villa Faraldi was built during the Renaissance period and has a stucco front from the XIX century with a slender bell tower from the preceding century. The entire valley down to the sea can be viewed from the beautiful churchyard, and on clear days you can see as far as the mountains of Corsica. Inside there are precious stuccoes on the vault and a polyptych of Saint Sebastian with a rare compositional structure, and a Roman funerary inscription dated II century BC, of uncertain origin.

The 16th century polyptych by “Pancalino” in the church of San Bernardo is exquisite; Riva has a set of wooden statues of the Transfiguration (XVII cent.) and Tovo displays a valuable medieval fountain in addition to the church of Sant’ Antonio Abate which are worth mentioning. The village is very compact with narrow streets which intersect. Three of these climb steeply to the top of the village where the parish church of San Lorenzo Martyr is located. They all have the characteristic vaults with counter-balancing arcs which increase the fascination of this ancient town.
As occurs for the other municipalities in the province, Villa Faraldi also bases its economy on olive production; various ancient olive crushing mills can be visited and it is a desirable destination for a pleasant holiday.
The festival of Villa Faraldi takes place throughout the month of July, with very interesting theatrical and cultural events.